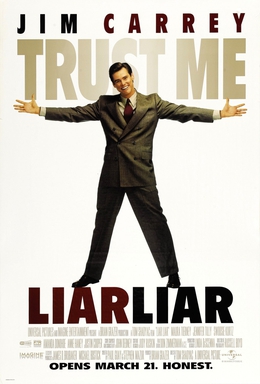 This has been an absurd week really. Just when we thought no political decision could out crazy Brexit America decides it’s time to up the game. The world has changed dramatically thanks to the this weeks American election. We’ve been through weeks of incredibly mean campaigns and general horribleness only to be left with scenes of despair, fear and violence when the least likely Presidential candidate actually fucking won. Still, I also feel that it’s not really my place to go too far into how much of a fuck up this could be. It will have an effect on everyone but will have a major effect on the people who live in American who aren’t white, male and straight. It’s crazy and I can see why people are worried. Even if Trump does eventually tire of politics it won’t exactly leave us in a better position. Compared to the rest of his party, he’s fucking liberal. He goes and we get Mike Pence. Hardly comforting. Anyway, this has never been a political blog so it’s time to get back to normal life. So, for this TBT I decided to find a film that both summed up my feelings about this election and provided an escape from reality. Liar Liar is a film that works on both levels.

I have to admit that when I was younger I absolutely adored Liar Liar. I think this mostly came down the bloopers included in the credits which my twin and I rewound so much the VHS ribbon was nearly destroyed. They’re incredibly funny because it’s just Jim Carrey being Jim Carrey. I remember crying with laughter as we watched and it’s given me a great memory of the film. It’s been happily sitting within my nostalgia bank where it would provide happy memories and the occasional random quote when necessary. Upon watching it as an adult I realised that the entire film manages to be funny thanks to Jim Carrey being Jim Carrey. I mean it’s still funny because… Jim Carrey but, when you really look at it, the film lacks substance. The narrative is particularly uninspiring and, were it not for the sheer energy of it’s main star, this film would have been forgotten forever.

It’s a very basic premise that doesn’t really get much development and is intended to give Carrey the chance to gurn, shout and jump around on screen. Carrey plays Fletcher Reede, a very talented lawyer who is willing to lie and cheat his way to the top. In his desperation to become a partner of his law firm, Fletcher is jeopardising his relationship with his son, Max (Justin Cooper). After on too many disappointments, Max makes a birthday wish that his father spend one day without telling any lies. Unfortunately for Fletcher, who is in the middle of a career defining case, the wish comes true and his planned trial tactics are suddenly impossible. Then there’s the added threat of Flethcer’s ex-wife, Audrey (Maura Tierney), taking Max to Boston with her new boyfriend. Fletcher must find a way to win his case, make it up to his son, and stop his wife moving without being able to fall back on his talent for telling lies.

The premise is so flimsy that it’s hard to ignore the fact that in the hands of a lesser actor there would be little to keep an audience with the story. I mean it’s basically just one gag repeated in different scenarios: Fletcher being forced to confront situations with complete honesty and facing the disastrous consequences. It’s all fine but it’s hardly an in depth discussion on the social and moral consequences of lying. It’s just a load of absurd situations mixed in with some cliched emotional nonsense about a workaholic, negligent father finding out that, really, his son is the only thing that really matters to him. This film only succeeds because Jim Carrey is willing to do anything to get a laugh and, to be honest, he often does. He has a way of making his face and body do things that seem impossible. I still love this film as an adult but I do so without the rose-tinted glasses that youth provides us.