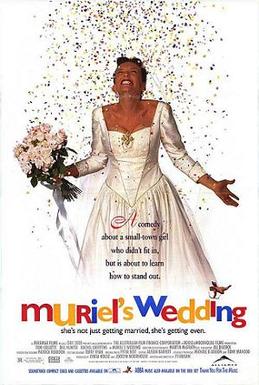 Everywhere I look it seems as though people are getting engaged. Apparently, we live in an age where women of all ages and marital statuses have a fucking Pinterest wedding board. Am I missing something? I don’t see the fuss. I’m sure when I was younger I did the whole pretend wedding thing but now I just think it’s a little bit unnecessary. A lot of money for one day? My heart-rate has gone up just fucking thinking about it. I must be one of a minority that sees Don’t Tell the Bride as the preferable way to organise your big day. No shopping for flowers, venues or the dress: fucking ideal. Hell, I’ll wear PJs if need be.

Of course stereotypically, as a girl, I should be dreaming about weddings. There is still the overriding idea that the female of the species are obssessed with parading their love in front of family and friends by taking a fucking walk. Obviously, the film industry hasn’t helped matters with its endless supply of bridezillas telling men that all women go insane during wedding planning. I mean just look at Kate fucking Hudson giving her gender a bad reputation in the shitty and desperate “comedy” Bride Wars.

Then you have the crazy singletons who are so fucking desperate to get hitched that they make up fiances in their head and try on wedding dresses for their fake big day. When it comes to gender politics, weddings in films really aren’t helping our cause. Of course, one of the more memorable of these women is Muriel Heslop from P.J Hogan’s Muriel’s Wedding. It was the role that threw Toni Collette into the spotlight and added to the stream of quirky but dark comedies that Australia was producing in the 80s and 90s.

Muriel is a 22 year old school-drop out who’s only claim to fame in a secretarial degree her father had to bribe someone for. She is looked down on by her ‘friends’ who eventually just admit enough is enough and drop her entirely. Feeling pathetic and alone, Muriel follows the girls on their Hibiscus Island holiday after stealing her family’s wealth. Thankfully, she meets another ex-schoolmate Rhonda Epinstalk (Rachel Griffiths) and the pair form an alliance against Muriel’s bitchy old friends.

The two bond over their love of ABBA and manage to win the island resort’s talent competition by dressing up as Agnetha and Anni Frid and miming the words to Waterloo. Unable to face her father’s disappointment and anger, Muriel follows Rhonda to Sydney and reinvents herself. A whole new world of work, friendship and dating is opened up to her and her dream wedding looks possible for the first time ever.

Although, the film is far from a feel-good story about a girl who leaves her sleepy town and finds herself and love along the way. Muriel comes from a family of losers and layabouts. She and her siblings are constantly berated by their father. He is a philanderer and psychologically abuses his family thanks to his regrets about not winning an election years before.

Muriel has come to hate herself and lies to everyone she meets so she can become the person she feels she should be. She is a deeply unhappy person who pins her future happiness on having the perfect wedding. However, deep down, Muriel is just a lost young woman who is trying to survive in a harsh society. The film may derive humour from her missteps but Hogan has a great deal of affection for his misfit protagonist.

Muriel’s Wedding is at times funny, heartfelt and hopeful; the rest of the time it is merciless, depressing and uncomfortable. There is a certain amount of jarring between the two extremes but Hogan manages to hold the reins and finds a pretty good balance. The film isn’t always successful and has enough missteps to keep up with its heroine. However, there is the ocassional glimmer of brilliance within the broad comedy and harsh social critique. Thanks to a winning turn from Toni Collette, Muriel’s Wedding does turn out to be a memory you’ll treasure forever.